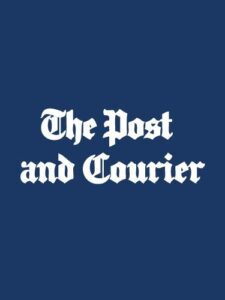 At this vital point in American history, it’s important to stop and consider where we are headed as a country and as a people. Some of the rhetoric and actions we see and hear are both damaging and dangerous. The signs of eroding democracy are everywhere. The rise in antisemitism is disturbing. We cannot remain silent, for silence is complicity.

Recently, I’ve been speaking out, asking these questions: Where did you learn about the Holocaust? Was it from a textbook, a movie, a documentary, a website or a survivor’s video testimony? Or somewhere else? The source of that information is important.

As a long-time media literacy educator, I know that considering the source and reliability of information is paramount. Unfortunately, there is evidence that many of us don’t bother to verify the information we receive. And young people, increasingly reliant on social media for their news and information, are being exposed to blatant disinformation and misinformation.

What do you know about the Holocaust? This question, and others like it, asked recently, revealed a startling lack of knowledge about this horrific time in world history. For example, 49% of American millennials could not name a single ghetto or concentration camp in one recent survey.

This lack of knowledge was confirmed in April when a Virginia high school student, writing in a widely disseminated commentary, said that her Holocaust education consisted of one slide listing concentration camps and one handout. Her generation, she concluded, lacks essential knowledge.

Six million Jews were killed in the Holocaust. That is a verifiable fact. Those who miraculously survived have been telling their stories for years so that we would know the facts and see the evidence. But today, facts and evidence are being ignored by those who hope to convince a media-illiterate audience with their antisemitic rhetoric and actions.

I’m speaking out because a new book I’ve authored — “We Survived The Holocaust: The Bluma and Felix Goldberg Story” — provides an opportunity for educators and others to revisit the Holocaust and teach today’s young people about Hitler’s Final Solution, World War II propaganda, the burning of books and synagogues and concentration camps.

In our book, two young Polish Jews — born hundreds of miles apart — are captured by the Nazis and immediately put to work as slave laborers, enduring horrific conditions and wondering every day if that will be their last. Yet, miraculously, they survived, met and married at a displaced persons camp after the war. They eventually emigrated to Columbia to start a new life, leaving behind the nightmare they had endured.

So what can we do?

The late Elie Wiesel said, “To listen to a survivor, is to become a witness.” Take time to listen. Their stories are in books and especially documentaries, many freely available on the video site YouTube.

Ask teachers you know how they are addressing the Holocaust, because today there are rich lessons and activities designed to bring students up to speed.

Support Holocaust education efforts. There are people who are working diligently assisting teachers and students to ensure they have the facts and the evidence, which Holocaust deniers continue to ignore.

“It started with words” — is a Holocaust awareness campaign started by the Claims Conference. We cannot ignore the words being used in our politics today that are eerily reminiscent of the rhetoric of the 1930s and 1940s. Adolf Hitler’s words persuaded many to try to annihilate Europe’s Jewish population.

The words we use to teach the next generation about the Holocaust are critically important: They must know the truth so that it never happens again. 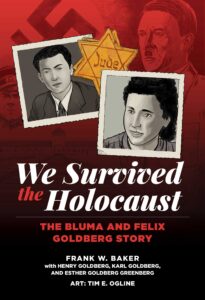